A recent survey has reported that fallout from Brexit has had little effect on the second charge lending market as 65% of loan applications resulted in an offer in Q3 2016 – up from 31% in Q2 2016.

The proportion of offers that subsequently resulted in a completion also increased to 78% in Q3, from 64% in Q2. Lenders also experienced a significant 26% jump in the number of second charge enquiries they received in Q3.

Research also found that the Brexit result did not significantly affect the flow of customers through the overall second charge approvals process. Between Q2 and Q3, there was a dip of just 1% in the number of applications resulting in offers and subsequent completions. Furthermore, the rate of completions per 100 applications remained unchanged between the two quarters, while the rate of completion per 100 agreement-in-principles and per 100 enquiries increased marginally.

This form of lending is now hitting all the predicted levels from two years ago, as homeowners take advantage of the low loan rates on offer. The survey also stated importantly that borrowers much prefer this form of lending to the unsecured alternative.

With Christmas just around the corner it is expected to be a very busy New Year as homeowners look to consolidate new and existing debt.

If you would like to know more about second charge lending and how it could assist you do make contact and one of our adviser will be happy to guide you.

On the up again:

The value of second charge lending has jumped by 23% in the last two months which is the biggest increase for many years.

Figures show, second charges in September was at a post-Brexit low and the October figure is the highest since November 2008. It also represents an overall annual increase of 21%.

The number of second charge loans was also up significantly, rising 26% from 21,500 in September to 27,547 in October and is the highest since January 2009. The average loan amount rose by a staggering 11.4% as homeowners look to utilise the equity within their homes. Second charge lending accounted for 17.8% of total gross lending in October, the highest percentage since April 2012.

The second charge market has enjoyed a revival since September’s post-Brexit low.

Homeowners are borrowing at levels that have not been seen for almost eight years, when the recession hit.

There are several key driving forces behind this revival. Some of this is seasonal. In the run-up to Christmas, families are looking to tighten the purse strings, reduce their monthly bills and prepare for the festivities. Families are seeking long-term security while we wait for the outcome of Brexit negotiations, some homeowners are locking in low rates and fixing their monthly repayments which could be a shrewd move.

If you are looking to take out a secured loan, please do make contact and one of our advisers will be happy to assist. https://www.second-charge-loans.co.uk/ 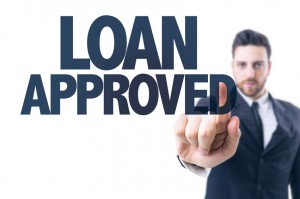 Second charge rates are down:

Second charge lending is growing in stature day by day and is now a very serious alternative to the once traditional re-mortgage. With the Christmas period coming up experts are predicting large volumes of new business in the new year. In the past a second charge loan was seen as a very expensive alternative compared to other lending, but not anymore.

Lenders are increasing the loans on offer and now there is a loan to suit the majority of cases. Interest rates have fallen significantly over the last two years and are now very much in line with any standard rate mortgage.

This form of loan will not suit everybody but it is without doubt worth exploring with the help of a qualified adviser. The choice of loans open to the majority of homeowners is vast and it is vital to get the correct one to suit your needs.

If you think this form of loan could assist you in your future planning it is very important to ensure you get the correct advice. There are many lenders offering numerous second charge loans, please call one of our advisers who will be able to guide you in the correct direction. https://www.second-charge-loans.co.uk/contact/ 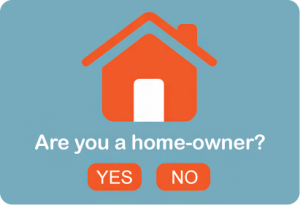